← more from
See Blue Audio
Get fresh music recommendations delivered to your inbox every Friday.
We've updated our Terms of Use. You can review the changes here. 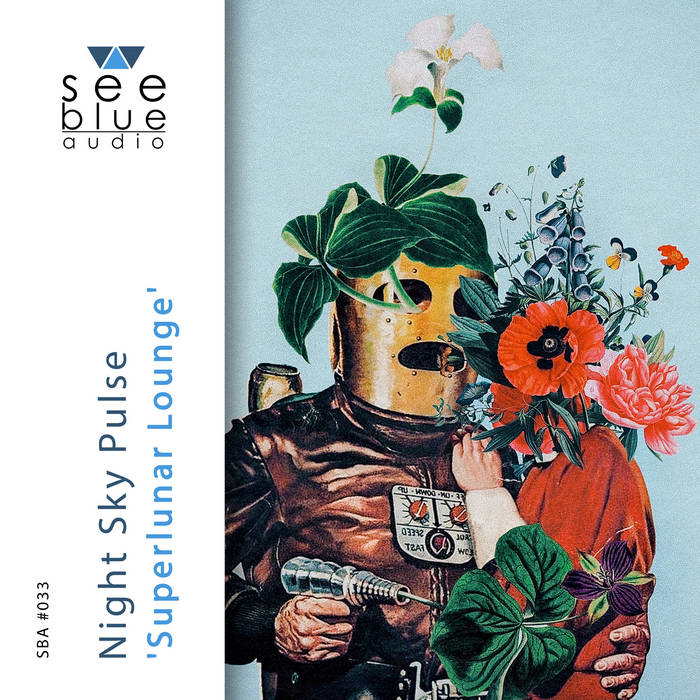 On the Fringes of Sound

*** 'Overgrowth (Undergrowth)' and 'Coastal Ritual (Dawn)' are only available to purchasers of the full album through Bandcamp. ***

Back in March 2021, the first See Blue Audio compilation, ‘Shade Rather Than Light: Anthology | One’, was followed by a leftfield turn in musical direction with Bagaski’s ‘Final’ album. Continuing this theme, the recent ‘Shade Rather Than Light: Anthology | Two’, representing the last year of releases and second cycle of See Blue Audio, is followed by something different again. Night Sky Pulse returns to the label with a new album that provides a contrast to the otherworldly ambience that suffuses the second compilation. Twisted beats, breaks and basslines are at the forefront of the thirty-third release on See Blue Audio… welcome to the Superlunar Lounge!

Night Sky Pulse is one of several aliases of Brussels-based producer John Sellekaers, and his ‘These Possible Lives’ album, released on See Blue Audio in June 2021, is a contemplative ten-track collection of imaginary soundtracks, cosmic short stories and musical microcosms. It also formed part of a particularly prolific period in John’s musical portfolio with releases in a wide range of styles as Feral Cities, Xingu Hill, Meeple and under his own name. After a short break to recharge, he’s back with Night Sky Pulse and ‘Superlunar Lounge’.

This new album is different to ‘These Possible Lives’, but they both embody a dreamlike quality that is an essential aspect of the Night Sky Pulse ethos. Whereas the first album was cinematic and futuristic, ‘Superlunar Lounge’ has more of a retro vibe; rawer in quality, charged with electro, and inspired by the sounds of easy listening and exotica, all fused together with a special twist. John intentionally went in a different direction with this album; simpler and more direct, and based around manipulating collages of sound, and experimenting with samples and broken beats. As always, his flawless studio techniques are evident throughout, and, as with its predecessor, he favours shorter tracks for maximum impact.

A possible analogy is a neglected, overgrown sonic garden that John has somehow put into order without losing its playful, chaotic quality. This is also captured in the striking image created by Easton for the cover artwork. Another analogy is a homage to science fiction, an influence that can be found in much of John’s work. Imagine a shady bar on the frontier of a distant galaxy, a place where weary space travellers decompress after their adventures. This might well be the soundtrack you would hear in such a far-flung bar with refreshment served in the form of psychoactive cocktails. To further recreate this atmosphere, John has constructed a continuous DJ mix of the album that puts you right there.

Each track has its own special qualities, of course, from the trippy jazz undertones of ‘Zelda Zonk’ to the heavy dub style of ‘Overgrowth’, while the overall effect is one of entering a dreamstate, where night and day, time and space, fiction and reality, and different worlds all become one.

It’s in this dreamstate that the clear parallels to ‘These Possible Lives’ can be heard and why this new album is its natural, or supernatural, companion. Take a deep breath and enter the Superlunar Lounge.

In keeping with the See Blue Audio policy that every release should include at least one beatless track or remix, exclusive dub versions of two of the tracks from the album have been created by the artist. ‘Overgrowth (Undergrowth)’ and ‘Coastal Ritual (Dawn)’ are only available to purchasers of the full album through Bandcamp.

All tracks written, produced and mixed by John Sellekaers.